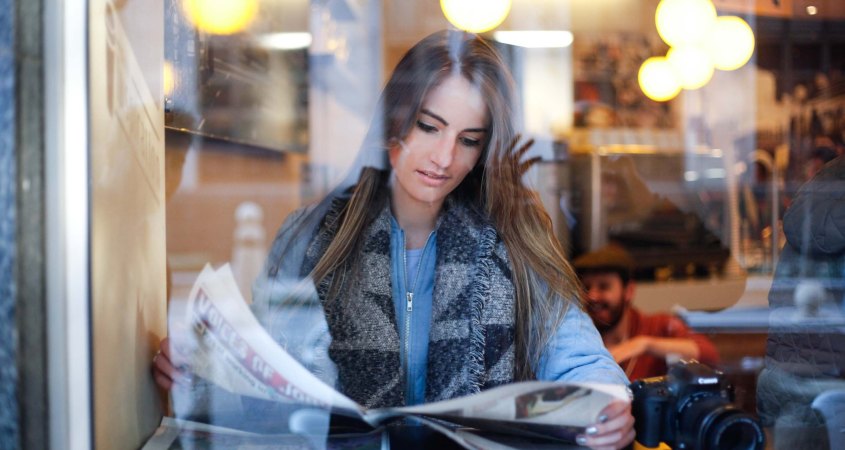 The vast attention this week on Senator John McCain is a reminder that despite one’s political views, his death marks the passing of a political giant. McCain served America as a high decorated naval aviator, an uncompromising prisoner of war during captivity in Vietnam and most notably as a U.S. Senator. James Baker recently wrote that John McCain was one who “understood the importance of compromise” in politics, especially in a nation more intent on “wagging political battles than finding ways to advance the common good.” He rightly points to the fact that our social media frenzy culture is partially to blame because of the continuous attempts to use these platforms as a means by which to hold national debates on political issues which are deeply rooted in sometimes complex philosophical issues. Considering the cultural context of the statement, it is a strange dynamic to perceive of a society which places such a high value on education, but yet simultaneously considers it possible to debate such complex issues through 280 character tweets and Facebook emojis. This is really the point of James Baker, Americans are largely more interested in the battle than in discussing the ideas which determine the battle lines.

At the same time, it is not entirely difficult to understand this modern rationale, after reading another article which appeared in the same edition of the Wall Street Journal opinion section. An article by Abigail Shrier, entitled “The Transgender Language War,” recognizes the importance of following what has become a national debate regarding the use of personal pronouns and the changing of scientific, biological terminology in both modern textbooks and within the medical profession. As she points out, Fairfax County, which is situated adjacent to my own county, recently changed their public school biology textbooks to replace the term “biological gender” with “gender assigned at birth” as a means of appealing to those who advocate for gender as a mental state rather than a biological state. While this is certainly a disturbing trend, Shrier points us to the fact that the underlying drive behind the changes in terminology is not merely words, but ideas. Quoting John Locke, she reminds us that words by themselves are not nearly as important as the ideas they represent. The use of certain words is the means by which “you control thought and force those who differ into silence.” This is exactly the point of the transgender language war. It is motivated by transgender advocates pushing to redefine words through the association of these words to ideas; in this case, ideas designed to normalize the LGBTQ movement.

So what do both of these articles have in common? They are both attempting to address issues which find their underlying problem in the fact that Americans seem to be abandoning the value of reading. In the same section of the same edition of the same paper, Danny Heitman indicates the sharp decline in reading, especially among younger adults. A Pew Research Study earlier this year indicated that 24% of American adults had not read a book in whole or part in the past year. A Barna Group study in 2016 stated the same data achieved a 25% mark, but also concluded that 67% of Americans read less than five books a year. It does not seem like too far of a stretch to conclude that the downward trend of reading books has resulted in an American society which is increasing incapable of developing well-formulated, factual-based arguments about the social issues of today. Danny Heitman recalls speaking to a graduating senior from an Ivy League school who had little interest in reading after college, concluding it to be a tragedy “that such an expensive, elite education could yield a graduate unmoved by the magic of the written word.”

The problem is not that people do not read anything. News articles, tabloids, magazines and blogs are read on a daily basis, but most are read purely to gain information, not grasp a well-formulated idea. Tabloids reveal information about celebrities, news articles are rarely read in their entirety and magazines are typically skimmed for a quick “hit” of information, not the digestion of an idea. However, reading books, specifically of the non-fiction genre, is not merely for the purpose of gaining information. It is an exercise which offers a valuable lesson in how to (and sometimes how not to) communicate ideas through the thoughtful construction of words; an art which appears to be fading into the distance. With such a large population of educated people in America who hold at least an undergraduate degree, one would expect the trend to be reversed. Yet sadly, those who should know better have abandoned this form of communication in favor of pithy statements on social media designed to make appeals on the basis of words which carry emotional baggage, but whose terms have either never been defined or have been unknowingly redefined.

Christians should not be among those people. Instead, Christians should be among those who highly value well-formed, thoughtful discussions. We should value reading, debate and discussion about our values and ideas as we interact with the world God has created, while simultaneously recognizing the deep impact of sin upon it. We should value reading more so than others because after all, it is through the written word and the construction of these words into ideas by which God communicates to us today. God does not send a daily message through angels, but uses words written by men who were “carried along by the Holy Spirit” (2 Peter 2:21) to communicate through an inherent, infallible book. A book which does not merely convey information, but uses a full set of literary devices and mechanics to compel us to “renew our minds” (Rom 12:2) through logically developed arguments and reasoning.

A steady diet of Bible reading is a necessity for the Christian, but we must not discredit the value of reading other materials to sharpen our literary skills and gain a better understanding of the arguments being used in the marketplace of ideas. In order to engage people in gospel conversation, we must understand their ideas at a level beyond 280 characters or we will be unable to effectively communicate our own understanding of the world in light of their ideas. Make it a daily habit to read not only your Bible, but other books and you will find yourself more capable of interacting with the world on the basis of real conviction, not just artificial emotion.

Barna Group, The State of Books and Reading Report

Today we honor those who did not return from fighting for our freedom. We must never forget them. We must never forget the families left behind who continue to feel the grief associated with their sacrifice. Today, we salute each one of them.
The events from Dec 7, 1941 to May 8, 1945 would transform the lives of millions in the U.S. & around the world. We must never forget their sacrifices.
‪Never thought I would see this on the front page. Not good.
Evening walk. Weather is finally getting warmer. It felt like a typical San Diego day.
The Carter family cemetery on their plantation. In 1861 this area became the site where the first battle of the Civil War would take place. The First Battle of Manassas. The last person to be interned here was in 1903.
Breakfast by @mrserinmiller.